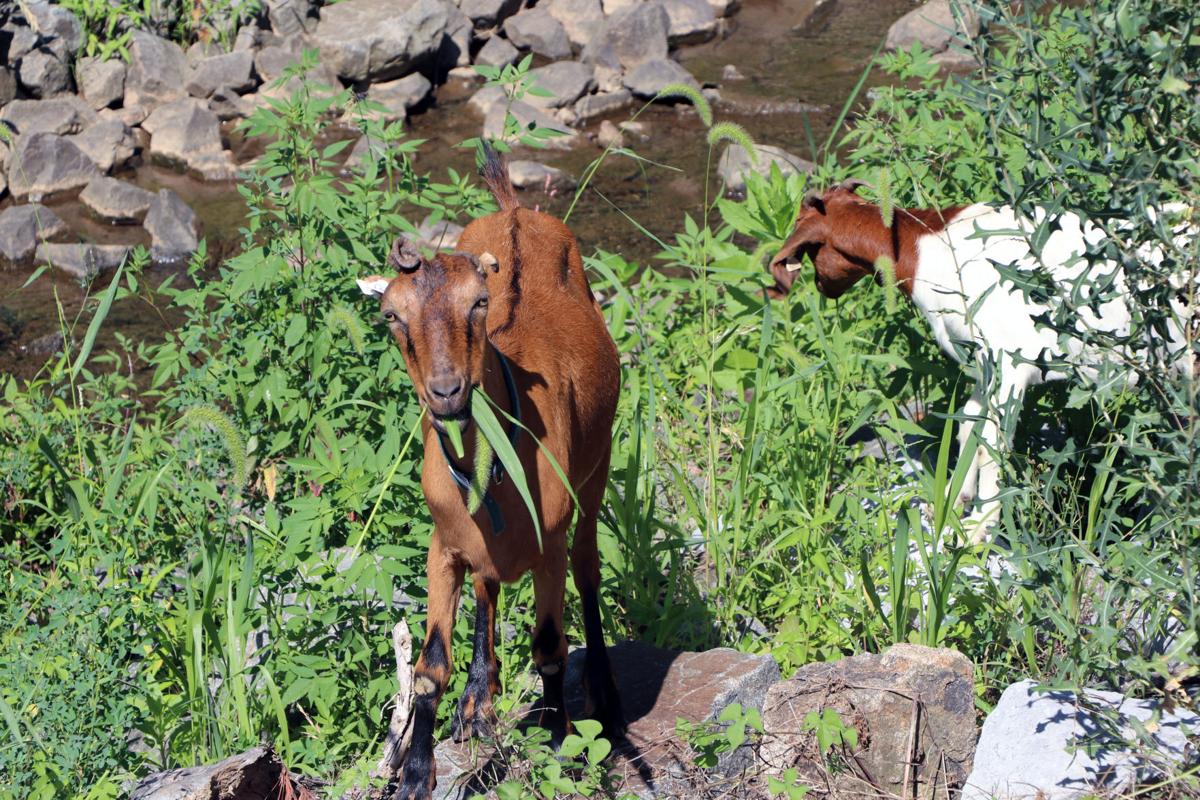 In Leesburg, VA, goats have been contracted – no kidding – to do what they do best: eat weeds away.

In late April, Leesburg Town Council unanimously voted to end the controversial practice of spraying herbicide on green areas and replace it with ‘goat power.’ July 15th brought the first herd of these cute mammals to dine along Town Branch and clear undergrowth.

The animals led to their first area of employment behind the Dry Mill Townhomes by Prosperity Acres, a farming firm from Sunderland, Maryland, will later be shepherded to Plaza Street flood-way, Loudoun Now has reported.

These channels are required by law to be clear of plants so they don’t block the waterway and cause flooding. Weeds, however, as is their nature, don’t care much of what the law stipulates. And when they don’t, goats run to the town’s aid, with their herbicide-free weed control kits.

Previously, the town had sprayed the areas with Aquaneat, an herbicide that contains glyphosate, for years. Critics have long advocated that that chemical substance, which, once applied, is impossible to stop from leaching into the water, leads to cancer.

The goats, on the other hand, only lead to a frenzy of ‘selfies’ as people try to produce material proof of how close they actually got to them for their social media networks. Public workers who are both mechanically and manually supporting the goats with harder-to-reach areas are constantly warning passers-by against feeding and petting them. That is, not because those animals can be dangerous but because they are doing an important job and should not be disturbed.

Better Keep a Lid on Their Curiosity

Unlike cattle and closely related sheep, goats are not grazers. Rather, they are tireless and highly curious browsers who like to chew on and taste almost anything that even remotely resembles plants. Goats are known to often climb trees and feast on the very bark of the trees. Public workers have now installed fences to make sure that the goats don’t harm the trees around.

Prosperity Acres is paid $53,000 for the job, an amount considerably smaller than what would have been necessary for other alternatives such as using an environment-friendly herbicide or mere human force to rid the designated areas of unwanted vegetation. Goats, after all, prove to be an economic crew to hire.